intro into the
working of ‘green water’ cooling 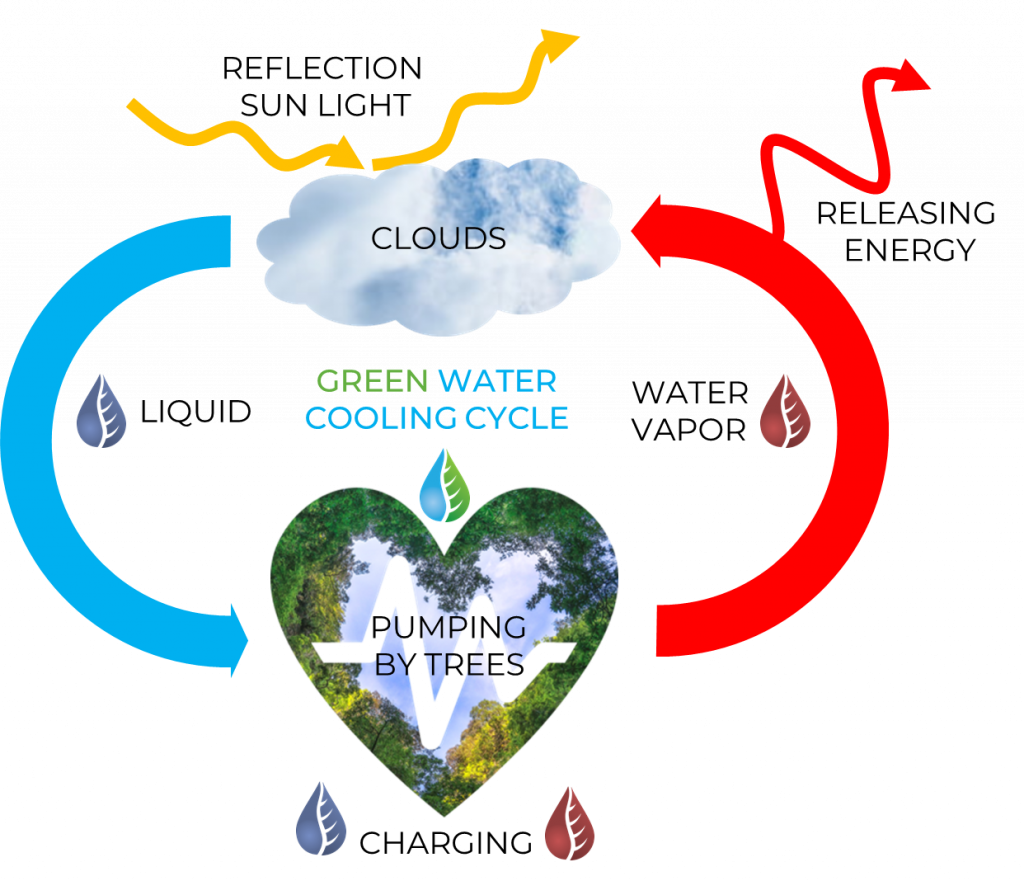 In the active system the coolant liquid is called ‘Green Water’¿. ‘Green Water’ is pumped around by a Biotic Pump empowered by healthy forests. Heat is transported upwards by water vapor and when clouds are formed the water vapor releases the energy. Earth’s airconditioning is a special one and differs from our airconditioning in a car or house, because it also generate Earth’s umbrella for reflecting sun light.

The amount of ‘Green Water’, the health of forest and the power of the Biotic pump together determines the cooling power of the living airconditioning. The amount of healthy forests influences the temperature on Earth. 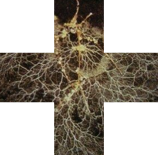 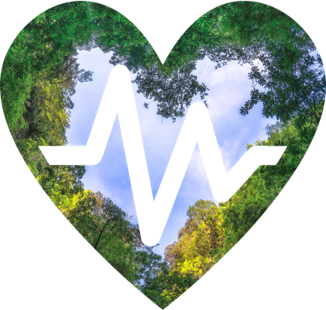 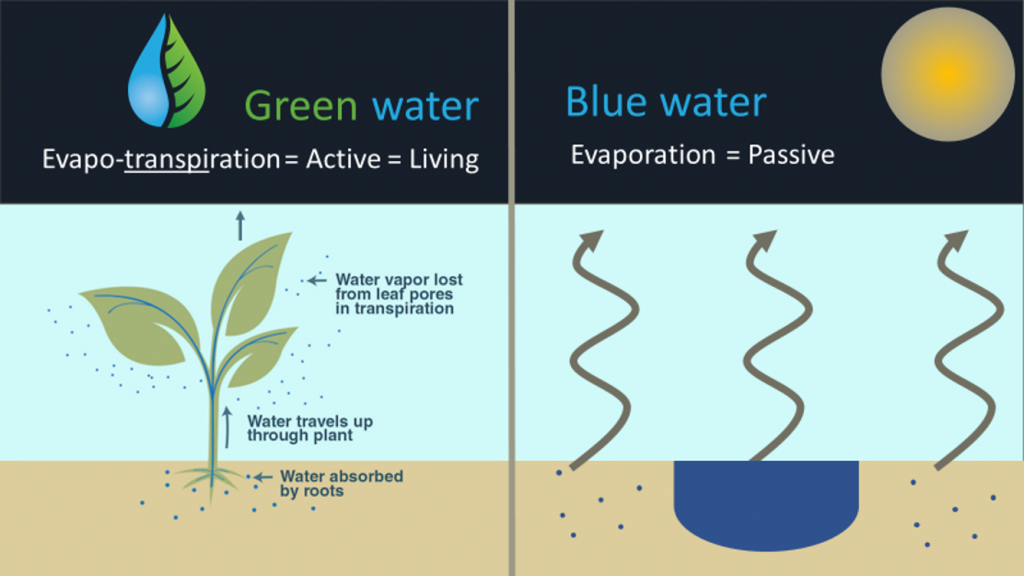 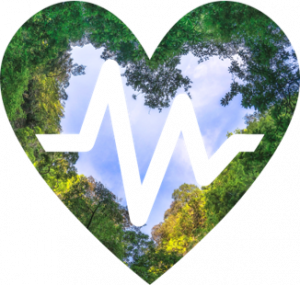 The ‘Biotic Pump‘ is the engine of the natural air conditioning.

The natural air conditioning does not only function as an air conditioning as we know it in a home, but it can also simultaneously block the sun by forming very strong reflective and condensed clouds.

The key for unlocking the cooling power lies in restoring the ‘Green Water’ level and the power of the ‘Biotic Pump’.  For saving our climate and civilization it is crucial that we look beyond CO2 and start seeing and thinking about ‘Green Water’. 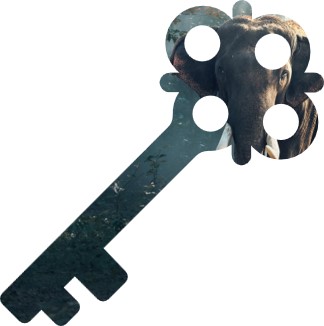 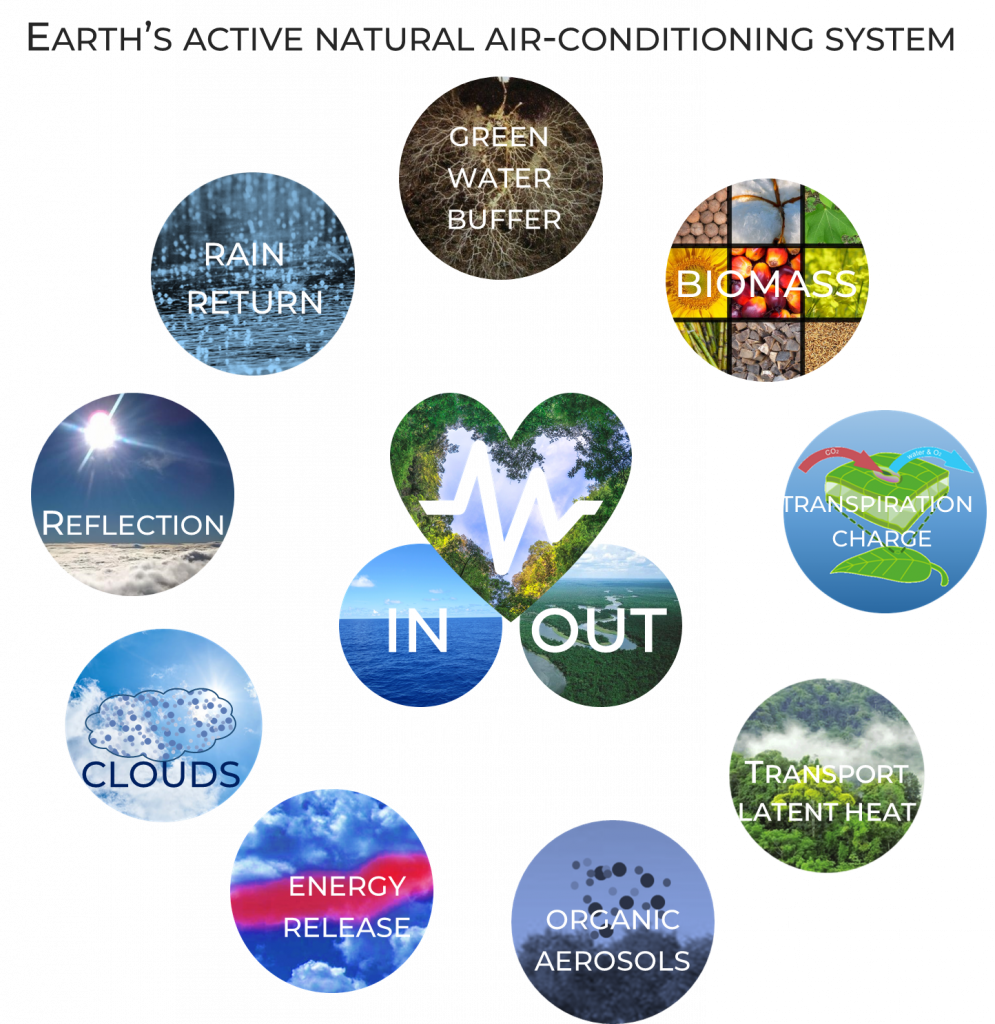 warming vs cooling
crucial for understanding 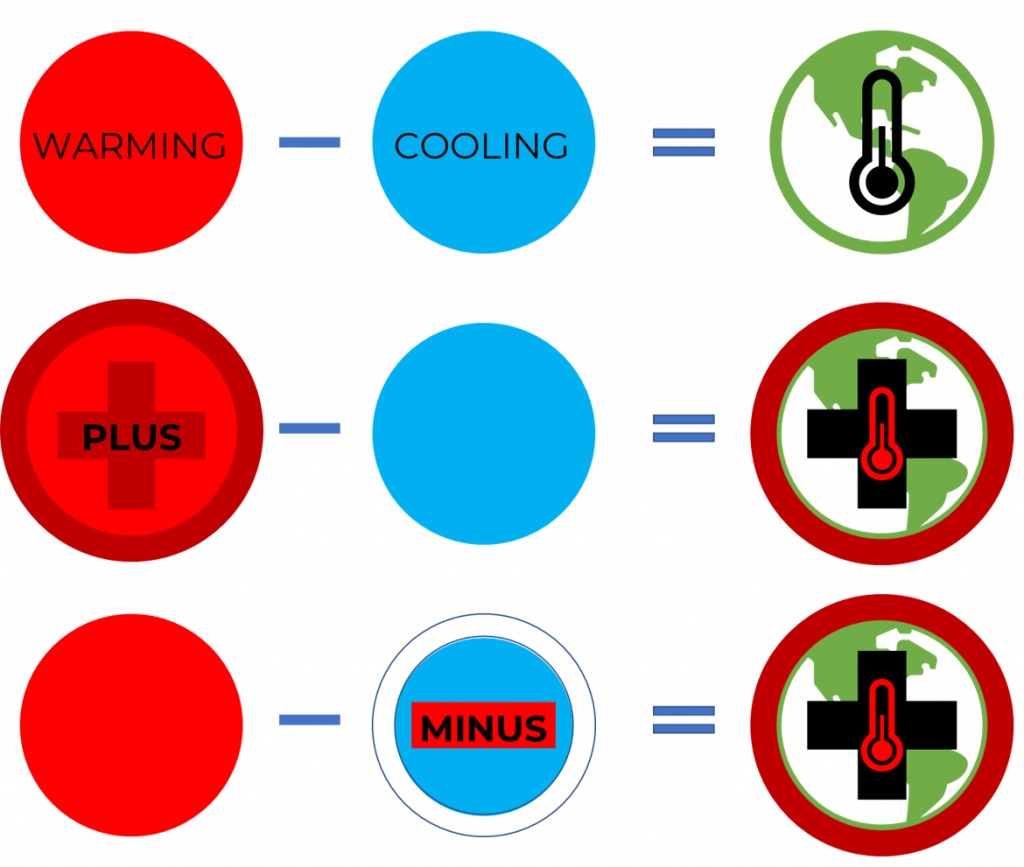 elements of the green water cycle 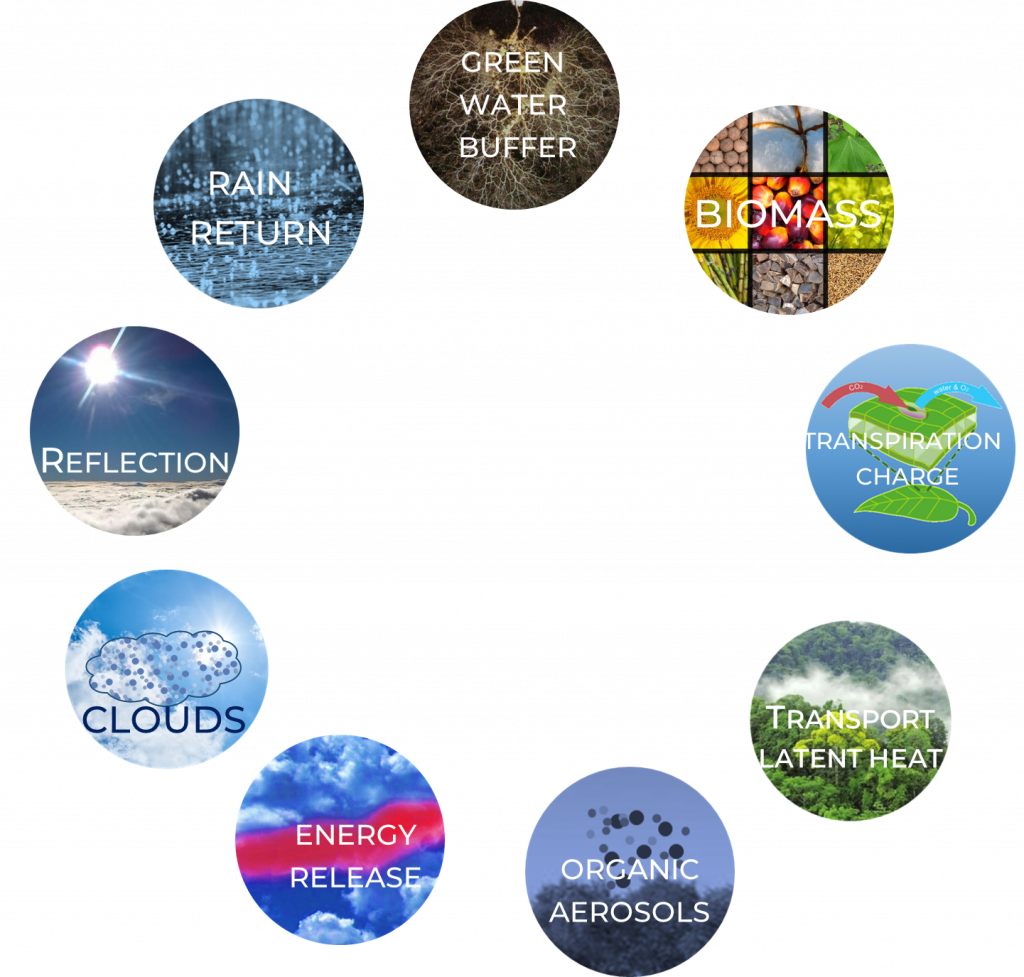 working of the
‘Biotic pump’ 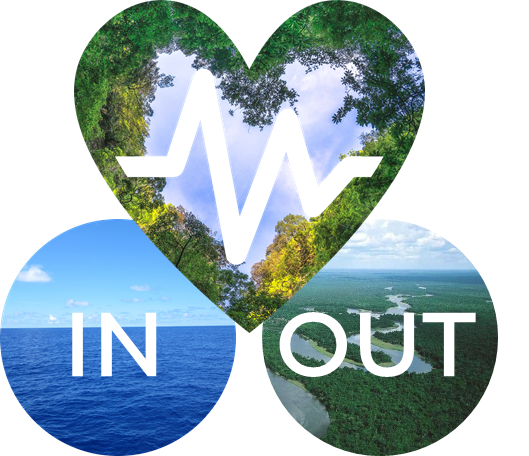 The Earth cools itself through the evaporation of water and reflects sunlight through the formation of clouds.

‘Green Water’ is water that is released into the atmosphere by trees and plants through their leaves, this is called evapotranspiration (like we humans sweat) and is an active process by living nature.

Evaporation of water directly by the sun where no living nature is involved, we call ‘Blue Water’ and is a passive process, we simply call this evaporation.

This definition is partly inspired by the definition of Green and Blue water definition by Garrison Sposito.